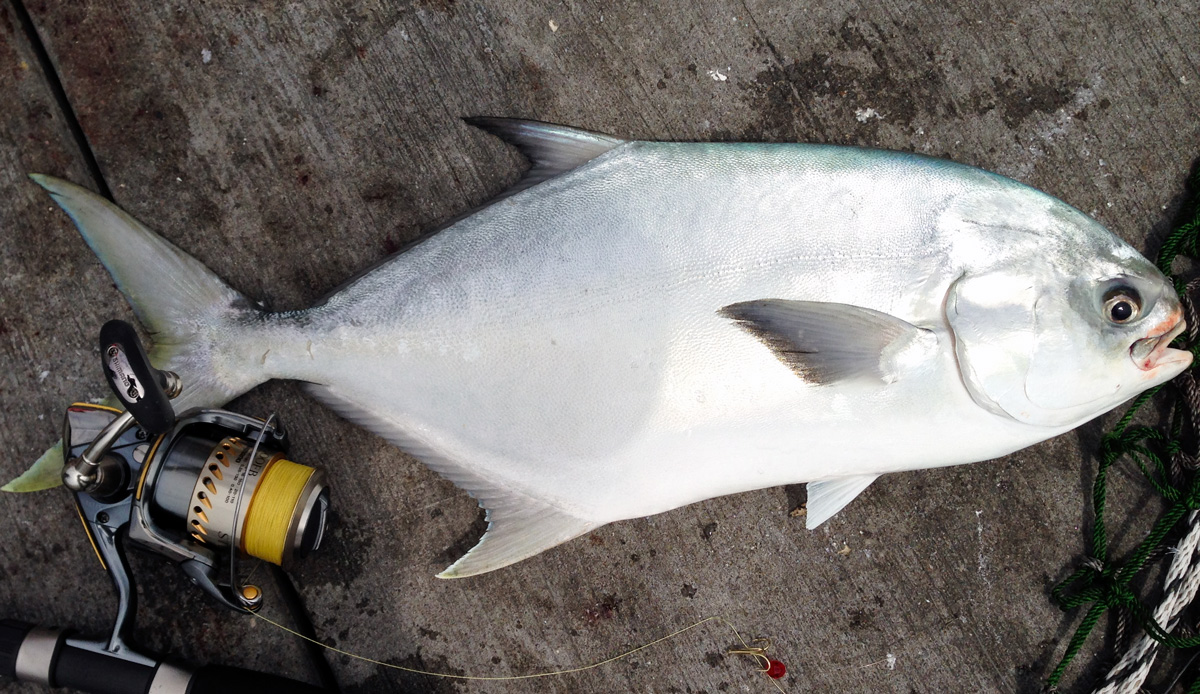 I’ll share this method that we use with great success just about everywhere we fish for Pompano and Spanish Mackerel or ‘Smacks’ as they are often called. In Hawaii, this method is also called ‘whipping’. A very successful method if you have the right gear. We often get other species like kingfish, bluefish and Jack Crevalles this way too.

Method: cast as far as you can, feather the spool at end of cast and the lure will fly ahead of the float and straighten the rig when it hits the water. Useful when it is windy because if you get the lure wrapped over the float, the smack will hit it and cut you off. Whip the rod on a fast retrieve to make the float splash on the surface. Pausing between the splashes will allow the jig to sink a bit. The big ones seem to like the slower retrieve. Sometimes fast and frenetic whipping will often drive bite shy fish crazy. This is the technique to use when the water is extremely clear and the fish are wary. They can outrun the fastest retrieve and clear water will allow them to see that your lure is far from natural. Fast and frenetic retrieves will often trigger an aggressive instinctual response and you will often see 3-4 fish fighting over the lure during a retrieve. When you have a fish on try and hold rod up when fighting the fish to keep as much of your line out of the water. Often other smacks will try and hit the lure that is already on the fish or even the float itself. Anything that is a knot or swivel will create a bubble trail in the water during a fight and will invite strikes and subsequent cutoffs.

You may substitute the bubble float for a conventional float (a Launcher float is great for this) and the jig for a live shrimp on a small treble and that will work extremely well too when the fish are fussy. 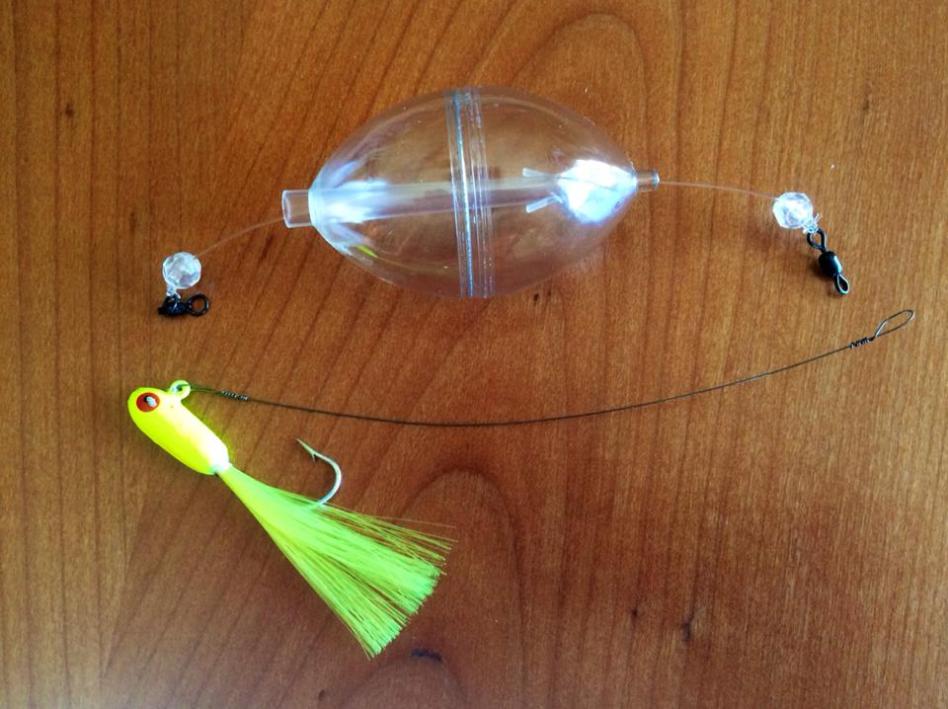 When the smacks are not around, I do away with the wire and tie on a banana jig for pompano. The pink and yellow color works really well for them. The colors mimic the ghost shrimp that Pompano feed regularly on. Pompano are generally bottom feeders so to target them you need to have a longer leader (5-7′) so the lure will have a chance to get down to them. When retrieving, splash the float a couple of times and let sit for 4-5 seconds to allow the lure to flutter down deeper.  The surface splashing will draw their attention to the jig. Often you will see two or three of them cruising the surface chasing or following the float. When that happens, stop your retrieve and they will go back down after your lure. Here’s a pic of some of my favorite banana jigs. 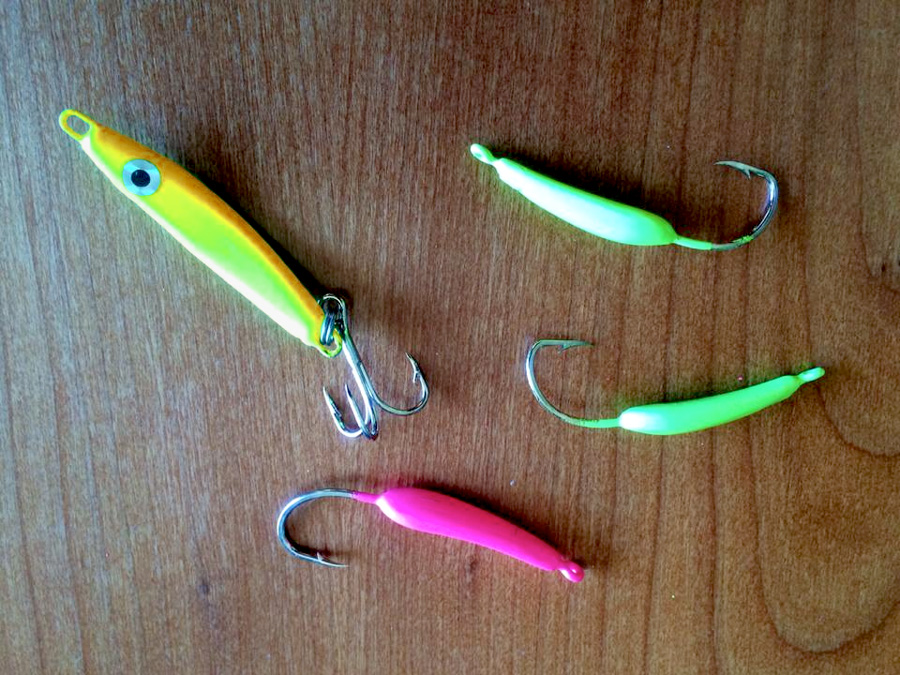 Pompano season is usually (Sept – Mar). Best time for them is when the seas are calm after a north wind. Light northers along the mid to south Texas coast will tend to push bait out from the beach and the pompano are there to feast on small crabs and ghost shrimp. Down there we call these days ‘pomp days’ and are an anxiously awaited event when pompano can be caught right in the surf.

Pompano are also primarily sight feeders so clear water is good time to fish for them but they do rely on scent to locate food (see my post about chumming). I have fished for them overseas with live bait in murky water and was being out fished by the locals 10 to 1. They told me to lightly step on the shrimp to get some of the juices out. It seemed counter intuitive to me to step on a perfectly good live bait but it did work! Which is why you often seen people catch pompano on the pier with fresh dead peeled shrimp when water conditions were far from clear. These days I always tip my jig or even my live shrimp with a little bit of peeled dead shrimp when I am hunting for them. An alternative is hook the shrimp on the tail but pinch off a small section on the end tail of the shrimp. Pomps are very scent sensitive and that little bit will give you an edge.

I have heard that the best bait for pompano are ghost shrimp but I have never tried catching or have ever used them. Apparently they are not difficult to catch with store bought ghost shrimp pumps. I might give them a try this year as I heard they are good for sheephead too.

I know that many folks do really well with shrimp tipped with Fish Bites. I’ve tried it and can testify that it really works!

That’s all and it doesn’t get any simpler and cheaper. Just keep in mind that the suggestions here offer the most expedient way of catching smacks and pomps. When you're hooking and landing 20-30 of them when they show up, which is often a short window, you don't want to lose expensive lures or have to re-rig too often. Trust me these techniques really work. Just don’t learn it so well and crowd me out when you see me whipping away happily on the pier. We were doing this very successfully on 91st pier 12-15 years ago until some others caught on to this technique. Then it became impossible to fish that way anymore as we almost always got crowded out. Now we just fish somewhere else. :)

Hope you find these notes useful and stop by and say hi if you see me on the pier! 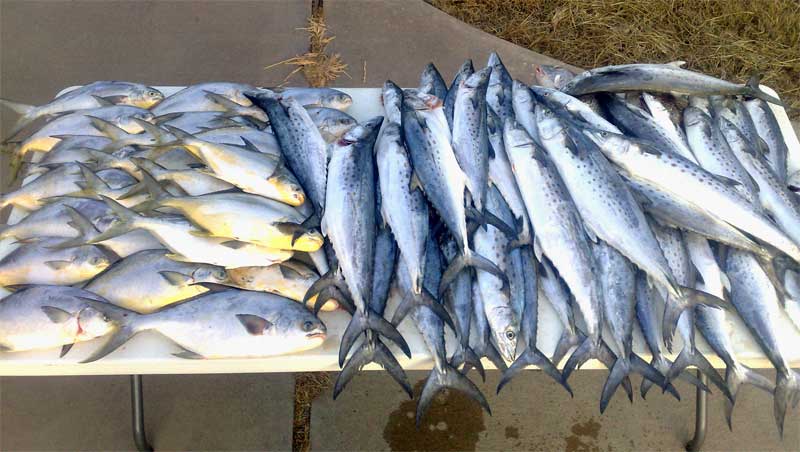 A mess of Pompano and Spanish Mackerel
Previous Next