Chumming on the pier?
Let’s face it. If you want to catch fish and if you are like me, you’ll do anything. I admit that I’m a bit obsessed about anything that helps me catch more fish. So..the toils of my obsession I am going to share with you so that you might catch more fish.

The idea came to me one day as I recalled how we used to chum when we fished offshore for Yellowfin Tuna and all manner of game fish including snappers. We’d often barter 6 packs for by catch with shrimpers and head out to the rigs and anchor up current. We’d slowly toss out pieces and chunks of scrap fish till we had snapper literally right aft of our stern. We’d do the same with chunking out at the floaters and teasing the tuna out to our boat. So I applied the same thinking on the pier where I now almost exclusively fish.

Whenever we’d hook a Spanish Mackerel (Smack) or a Pompano on the pier, I often grab a couple of live shrimp (or dead, or some cut bait) and toss it out into the current. It keeps the school around till we get another line out to them. This works really well since Smacks and Pompano move around a lot and when a school shows up you want to keep them around as long as possible.

In the last 4-5 years I’ve been keeping all our leftover bait fish (shad is great) and shrimp, grinding them up in my meat grinder when I get home (I like the cheap $18 meat grinder from Academy). I even use the leftovers after filleting our catch. I grind everything up, heads tails, bones and all. I then put measured amounts on the mixture in a blender with 50% water and a few table spoons of Menhanden oil. You can buy Menhaden oil anywhere on the internet these days. I often also add some leftover bread to soak in the oils. I pour the resulting slurry into a gallon or sometimes quart sized empty milk bottle and freeze them up. I’ll make up 1 gallon or 2 quart sized bottles per day of fishing.

On the pier, I would cut a hole in the bottom of the frozen bottle and hang it over the water with a rope. As the slurry melts it’ll provide a slow constant drip of stinky goodness into the water. Over the course of the day you’ll actually see an oily slick as far as the eye can see. This often keeps bait fish around the pier and subsequently their predators. Not to mention that it’ll draw predators from miles away. Pompanos love shrimp so I always make sure my chum has a good component of shrimp in it. Chumming does have occasional unusual and unexpected results. Once we had so many Skipjacks around the pier, it was impossible to fish. They were so thick they were hitting bare hooks and anything thing that fell into the water…pieces of paper, pennies, cigarette butts etc. We’ve also had large schools of Redfish patrolling up and down the pier. Hitting everything we threw at them.

If you are as nuts as I am, give it a try and you’ll be surprised what you kind of fish you’ll draw in. 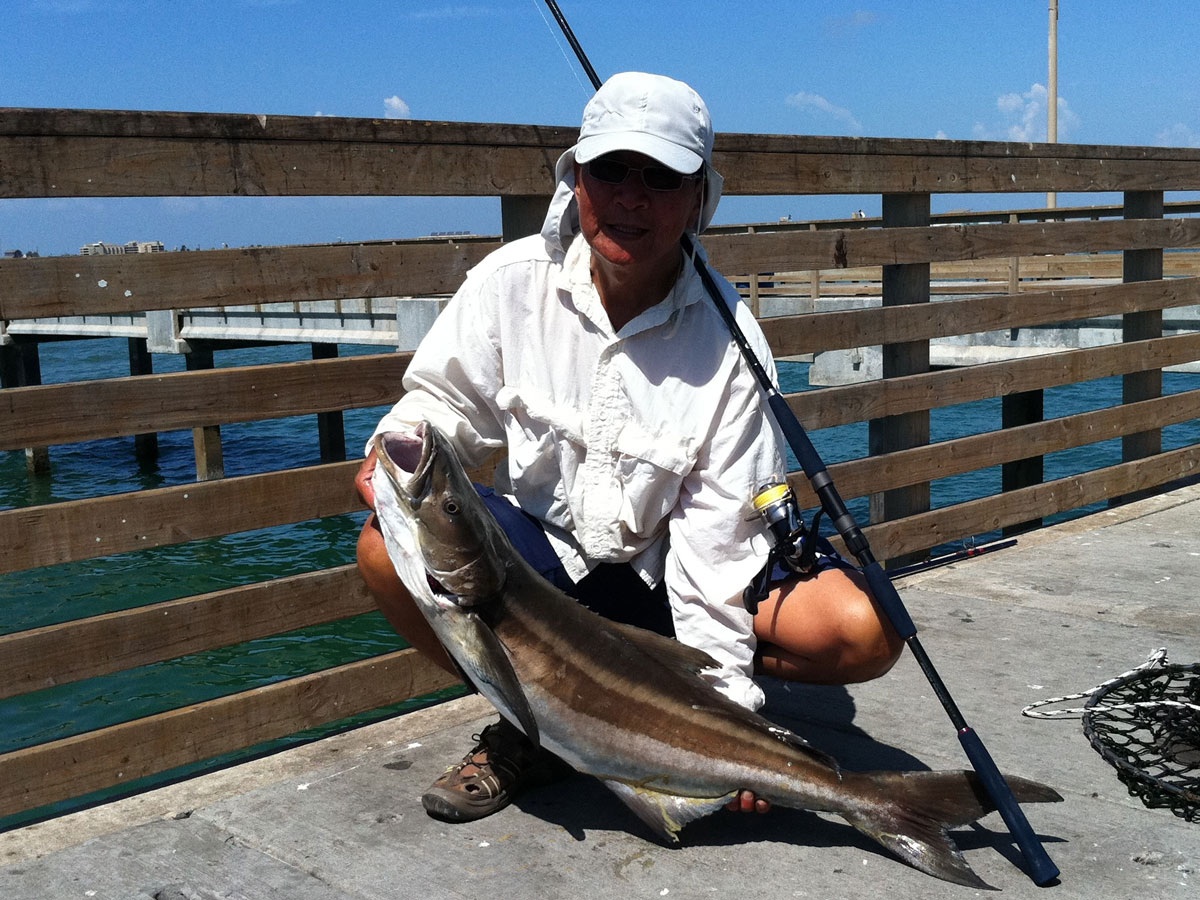 This Cobia and his much bigger girlfriend was circling the pier under the chum bottle for and hour or so but neither would hit anything we put out. They would look at our offerings and turn away. I finally dug around in the bait bucket and found the largest live shrimp we had and free lined it down to them. As soon as the shrimp was in the water, they turned around and fought over it. The smaller of the two was faster and took the bait. 30 back breaking minutes later, we landed him. Since then we’ve caught quite a few more. Some much larger than the one in the pic. 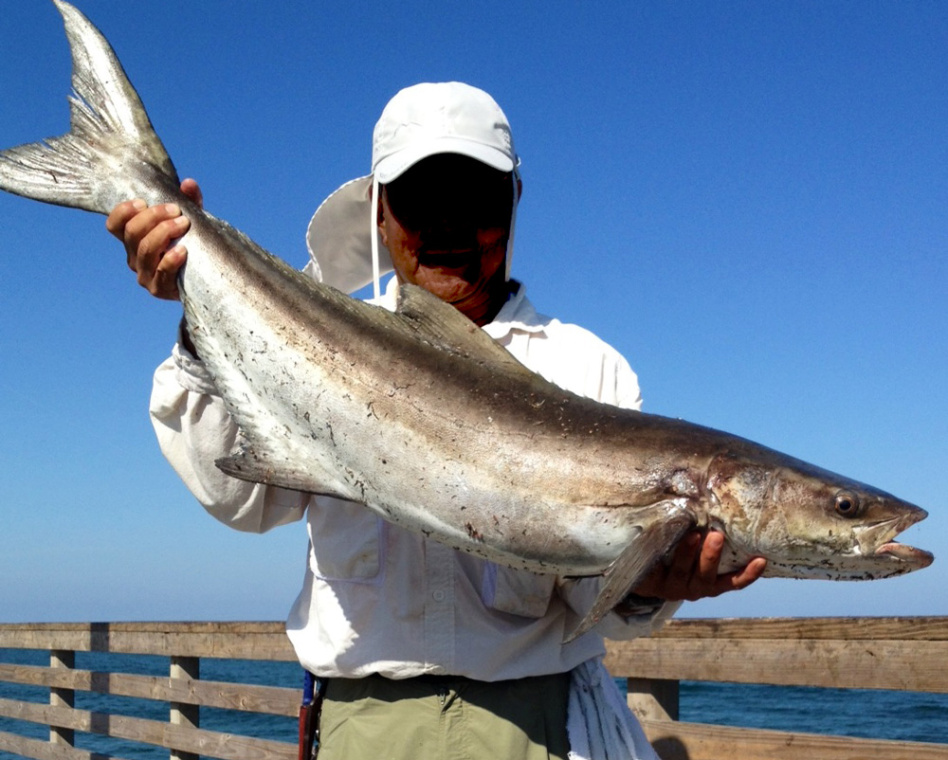 Please fee free to add what you know or your experiences regarding chumming.